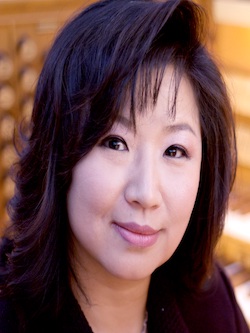 Sae Wan Yang serves as the Director of Music and Organist for First German United Methodist Church. She directs the vocal quartet and plays the organ and piano.

Sae Wan was born in Seoul, Korea.  She received her Bachelor of Music degree from Kosin College and Korea Theological Seminary and Bachelor of Science degree from the Dong-A University in Korea.  She taught organ performance and organ literature at Kosin University and Pusan Theological Seminary while in Korea.
She received a Doctor of Musical Arts and Master of Music degrees in organ performance, and special studies in church music, choral conducting, and music history from the University of Southern California.  Beside being the recipient of many scholarships, she was honored with the USC Organ Departmental Award in recognition of professional service, leadership and performance.
She earned her Certificate Diploma in organ performance under a full scholarship from Northwestern University, Illinois, where she also worked as a staff of University Organist.  Her experience includes a Performer’s Certificate and ARCM Diploma from the Royal College of Music in London, United Kingdom, where she received a Special Foundation Scholarship for three years.  She joined at Christuskirche in 2007 as Director of Music and Organist.
Position: Director of Music & Organist